OVERVIEW: If you didn’t see the previous case study we published about this project, The Leaning Tower of SOHO, then allow us to bring you up to speed.  It may not have been as old or iconic as that other leaning tower over in Italy, but the 118-year-old co-op building that once stood at 74 Grand Street in the SOHO Historic Cast Iron District was protected by the Landmarks Preservation Commission (LPC) because it featured one of the very first cast-iron facades which gave the district its name. In 2004 some hasty and ill-considered excavations to the lot next door resulted in the building beginning to slowly tip over. So much in fact, that the building was referred to in its final days as The Leaning Tower of SOHO. The building continued to lean, and while efforts were made to save it, it had to be demolished in 2010. Before demolition the LPC required the cast iron facade be carefully removed and stored in order for it to be used on the building that would eventually rise in its place. Fast forward to today and a new building is set to rise in its place. Before that could happen, a support of excavation (SOE) had to be installed. 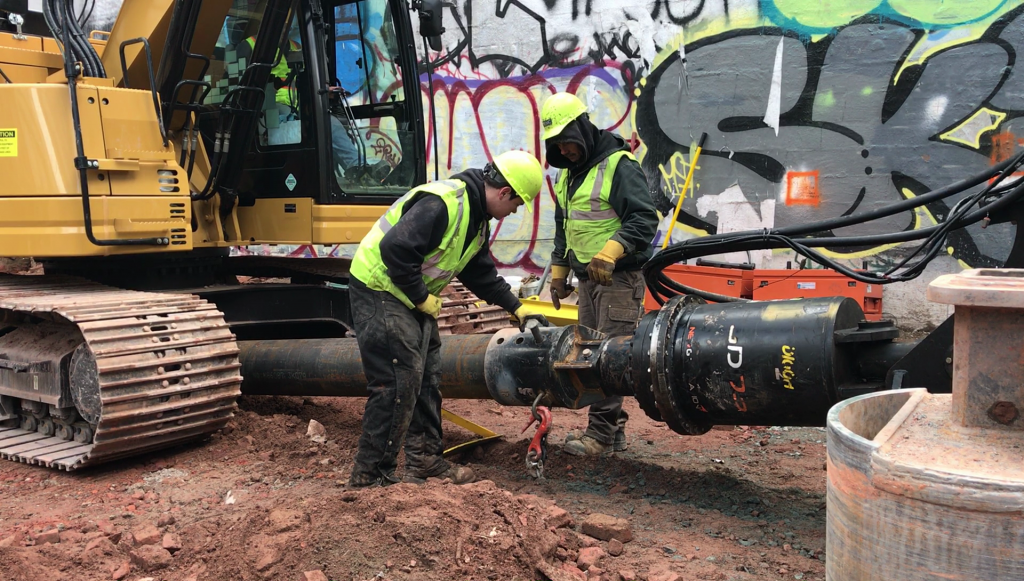 CHALLENGE: Drilled shaft piers were initially specified as the soldier piles for this SOE. However, this pile failed to meet the bending moment because of the threaded coupling connections. In addition, the resulting water, mud, and mess that comes with installing drilled shaft piers were also concerns, especially on such a confined site.  With any project in the city, mobilization and demobilization costs are always higher. Limited space to use equipment and stage product is always a bit of a logistical nightmare as well, and with an area 25’ wide and 100’ deep, this project was no exception. Through the duration of the project, the neighbors took it upon themselves to (brilliantly) stake out the property line with luxury vehicles – effective, yet frustrating if you’re the equipment operator. 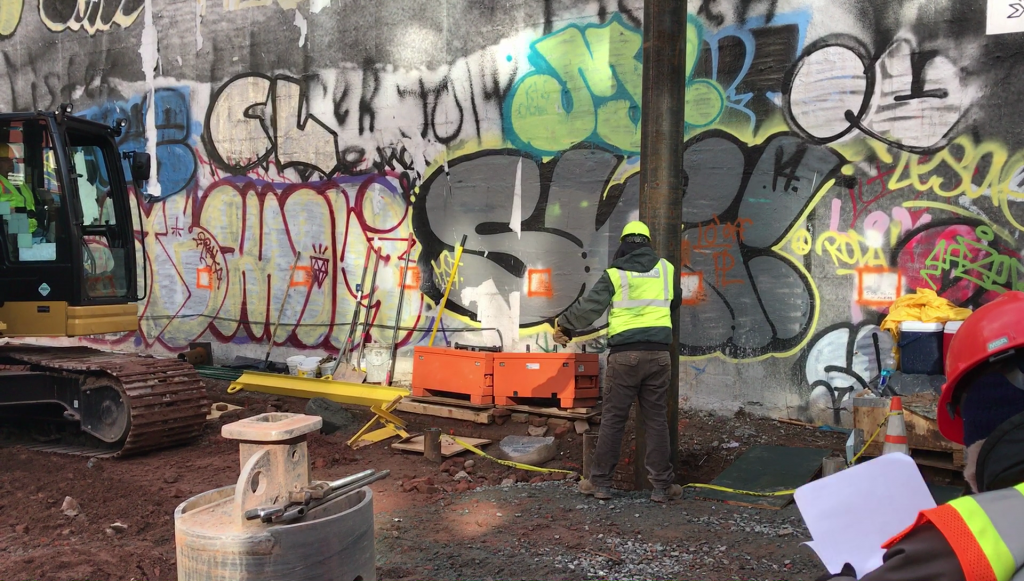 SOLUTION: Rich Anastasio of EMC and the IDEAL design team suggested a 12.75” x .500” W.T.  helical pipe pile with a 22” x .75” helix as an alternate.  The bolted coupling met the bending moment requirement and there was no resulting water and mud mess on site. A granite layer was present on one side of the site and all of the pile locations had to be pre-drilled in order for the piles to bypass this layer. While this resulted in increased install time, 33 helical pipe piles were installed over 10 days and remained the most cost-effective alternative. Each pile section consisted of an 18’ lead and an 18’ extension and was installed to 23’ below excavation using a Digga SD95 hydraulic drive head. Post-installation, the piles were filled with 4,000 PSI concrete.

Only time will tell what sort of destructive shenanigans the neighbors might get up to in the future. As for 74 Grand, she’s gonna be alright. 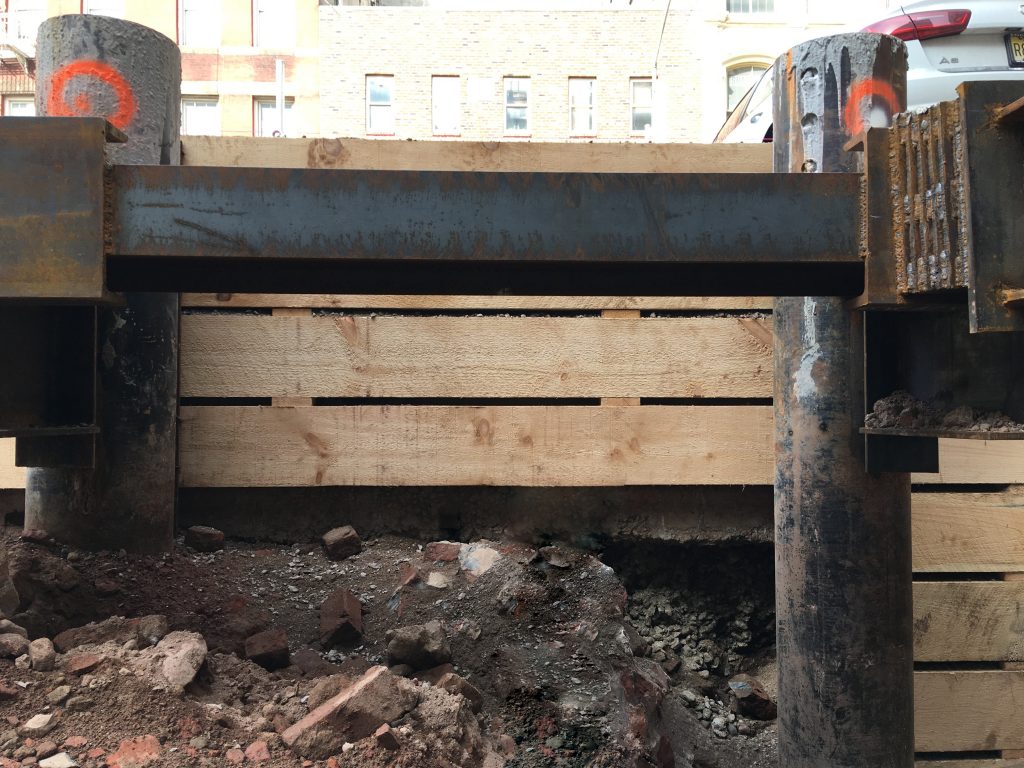