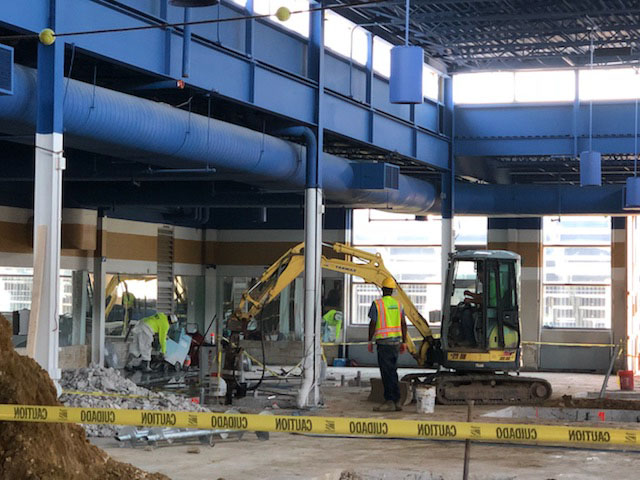 OVERVIEW:
The Naval Academy was adding a second floor to the Terwilliger Center, the training center for the NAVY football team. 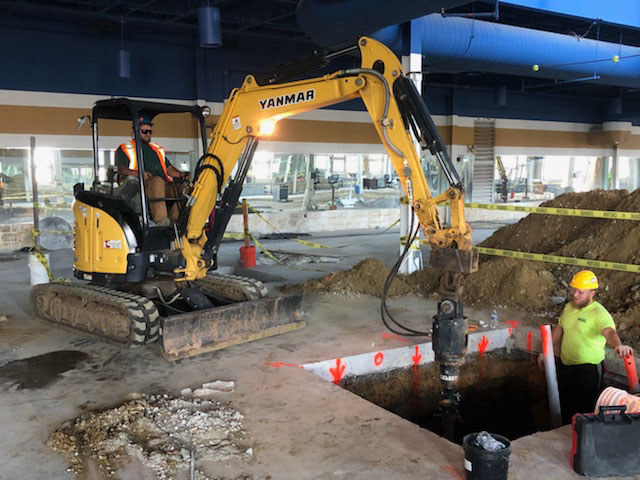 CHALLENGE:
There were several site challenges that prompted the structural engineers to specify helical piles.  First, there was limited access and low overhead clearance.  Small and low-impact equipment was be required to work in this environment.   The cage for the excavator had to be removed in order to get inside the facility.  There could be no compromise to the existing foundation and vibration was forbidden.   No spoils from the Chesapeake Bay mud which was used as fill during the initial construction of the building.  Additionally, the existing structure was built on fill which consisted of Chesapeake Bay mud so there could be no spoils. 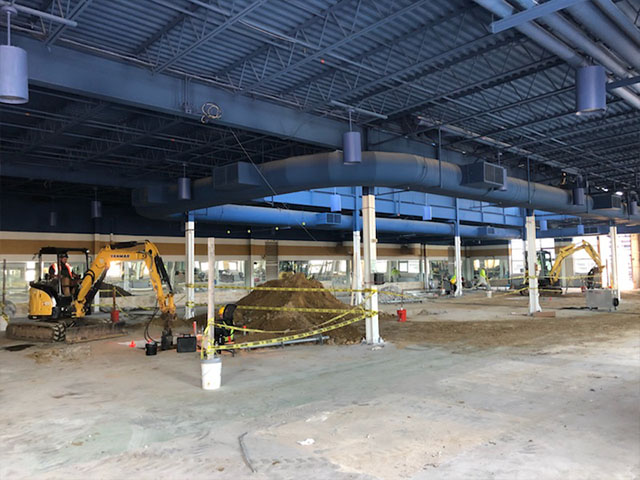 SOLUTION:
There were many site restrictions, so installation could only move so quickly.  The Naval Academy wanted the installers off-site before and during Commission Week due to extra visitors and ceremonies taking place.   With other piling systems, the mob/demob can be costly and time consuming. That’s not the case with helical piles.   Installation went so well that the GC asked the installers to slow down because they were getting ahead of schedule.

Levelift kept things moving quickly by having one crew working on the outside perimeter of the building and 2 additional crews inside the facility where limited access restrictions caused things to move slower.

Levelift installed (212) 2.875”O.D. x .203” W.T. helical piles which were post-grouted for corrosion resistance.  The piles were installed to 70’ and 7,000 ft. lbs. of torque in order to achieve the 70 kip ultimate load.  Three helicals per pile cap were installed to support the new columns which would, in turn, support the new level.  Danbro worked closely with Levelift to provide on-site assistance and work with the on again/off again schedule.   Frank D’Angelo of Danbro appreciates the economic advantage of Ideal products.   “We get 7,000 ft. lbs. of torque and 70 kips with IDEAL’s .203 wall.  Most manufacturers have to bump you up to .276 wall to get the equivalent torque and capacity,” D’Angelo stated.  “That translates into a tremendous economic advantage when you are bidding a 200 pile job.  Other bidders using competitive brands can’t compete.”