NYC – STELCOR Piles For The DHL Warehouse At JFK Airport

OVERVIEW:
Global shipping delivery provider DHL needed to add a mezzanine level to its existing warehouse at John F. Kennedy International Airport in Queens, New York, to expand its package handling and sorting center.  The warehouse needed to remain clean and fully functional during the duration of the project. 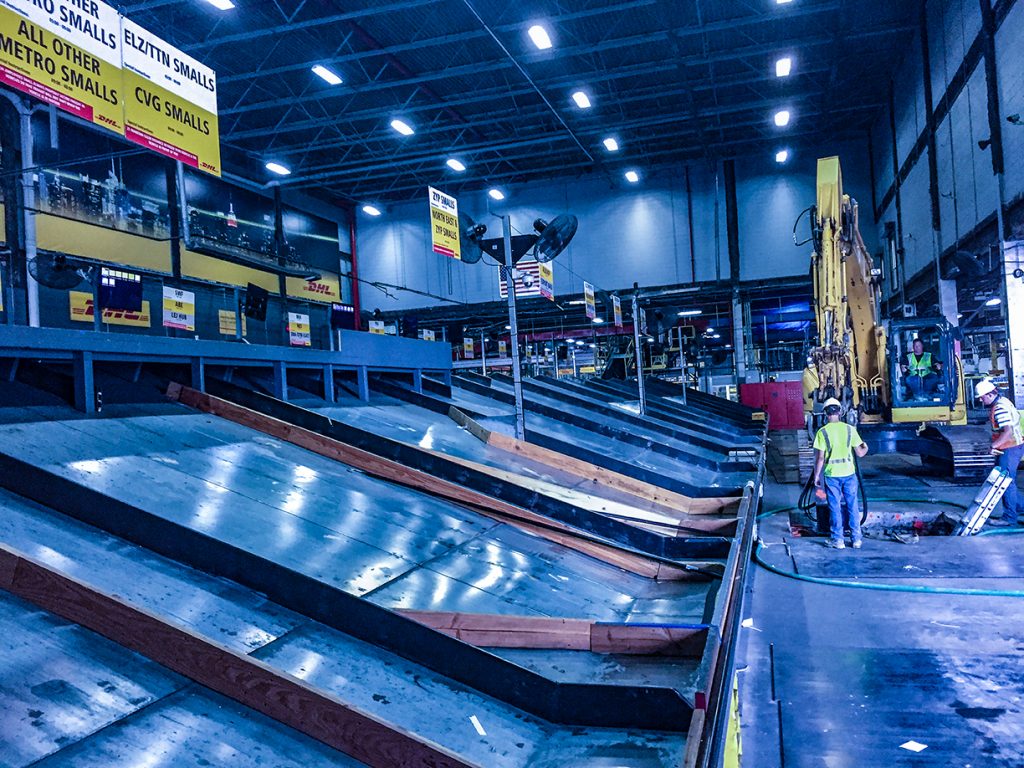 CHALLENGE:
The engineer of record, Mueser Rutledge Consulting Engineers (MRCE), was concerned about weak and unstable soils with risk of liquiefaction so a 48-hour load test to verify that STELCOR® could support the load in a suspect soil environment. Two piles were installed to a depth of 67 feet with a net settlement of less than one-eighth inch.  Other challenges included limited access, mobilization, demobilization, and overhead clearance.   Conditions of the contract stated that the DHL facility  remain operational during the duration of the project. This meant that construction would be confined to a strict Tuesday to Friday schedule from 9 a.m.- 3:30 p.m.  Additionally, the DHL package sorting tables on site would need to removed to perform the work; then put back into place at the end of every work day. Mobilization and demobilization would need to be repeated every day, and cleanliness was paramount.

The new design specified 42 STECOR® Drilled-In Displacement micropiles to support the new columns for the mezzanine.  Piles were installed in groups of 3 to accomodate 14 pile caps, . The piles were driven 67 feet to support the 201-ton ultimate load in compression. The piles also had to resist a 5-ton lateral load.

A Kobelco 270 excavator with a 70,000-foot-pound Digga drive head was used to access the very tight site through an overhead door. Fifteen-foot leads and extensions were utilized to deal with overhead limitations.  The grout mixer was kept outside of building and grout was pumped in via a long hose.

“Between daily remobilization, evening demobilization, and site prep that includes table shuffling, we only have about four hours to work,” said Audubon project manager Chuck Tauscher. “Nonetheless, we were installing three piles per day, which is great considering the depth and the fact that this was our first STELCOR® job.” 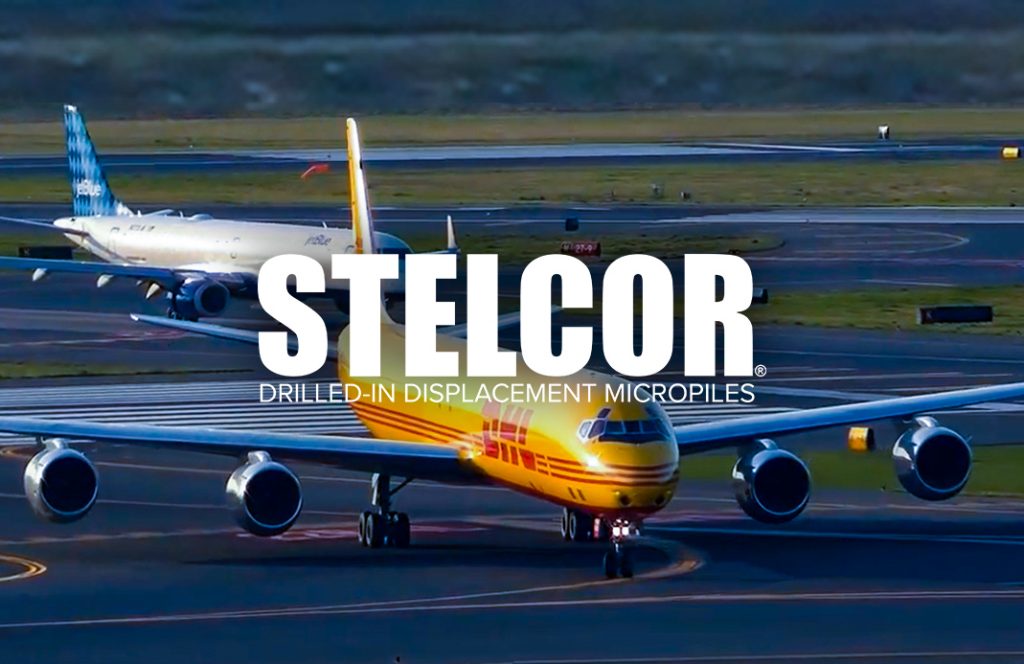